This morning Govan awakes to clear skies and thick white frost. In the bright sunshine, the ice melts away and the world is sparkling and very cold. On the bonfire site at Rathlin Street, a couple of couches and a chair have been donated to the bonfire effort, which was impulsively burned down before its time. 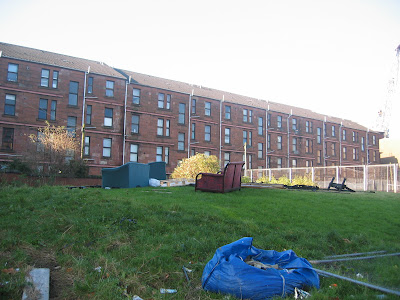 Over at Summertown Road, it's evident that the bonfire builders have learned from a very harsh punishment perpetrated by Glasgow cooncil in 2007. A magnificent bonfire of gigantic proportions had been erected and stood in the middle of the field ready to leap into flames at the first sign of a match. However, early in the morning of the 5th of November, the council sent their men to dismantle this amazing feat of engineering. Undaunted, the warriors of East Govan built it up as soon as night fell and celebrated the thwarting of Purcell's men far into the night. 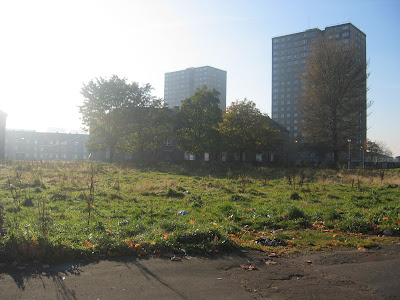 This year, they are holding back, waiting till the last possible moment before building up Towering Inferno 2008. 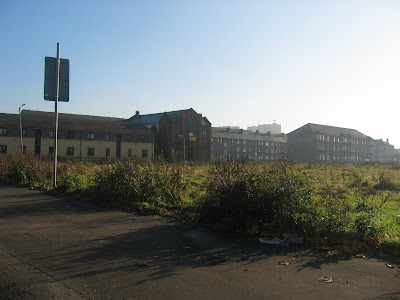