Where Have All the Bonfires Gone? 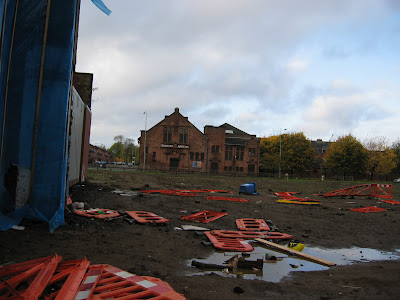 Guy Fawkes preparations are as dismal as a damp squib.

The fancification of Govan has a part to play in this. Previous years have seen early bonfires built and burnt again and again before we even reached the Fifth but now we have naff flats going up in Rathlin Street, site of last year's celebrations and there are too many interfering construction and council persons roaming about to start the building too early. 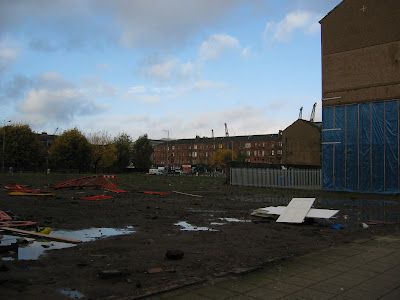 from Shaw Street across the wasteland where warehouses, recently demolished, once stood. It was in one of these - was it called Hooper's? - that I wrote my first cheque, ably prompted by the man at the sales desk. click to enlarge photos 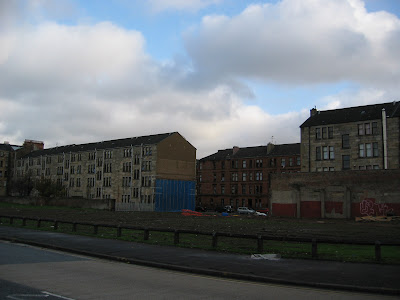 One hopeful sign is the sight of an armchair on the Shaw/Golspie Street spare grun. 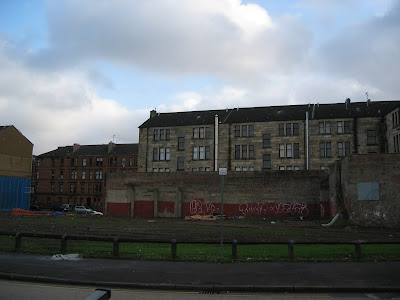 Down at Brighton Street/Summertown Road end, the houses have been mercilessly demolished leaving waste ground galore. But no towering infernos-to-be have appeared. Wonder why? Oh, yeah . . . there's nobody left to build them. hmm.
Posted by Nihil Sine Labore at 18:22