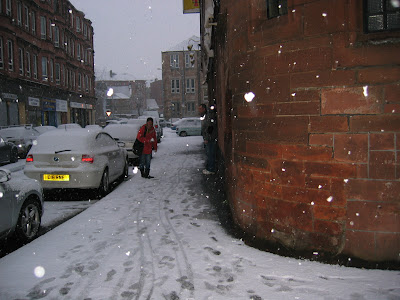 Up the town, snow starts to fall in the afternoon and by the time I reach our dear old home on the southern banks of the Clyde, everything is covered in wonderful, white, fluffy, cold and gentle snow.
One pal sneaks round to the back door of Brechin's with a snowball in hand, ready to whack the first smoker to take a step outside. But when the first guy emerges, she loses courage and dissolves in laughter instead. 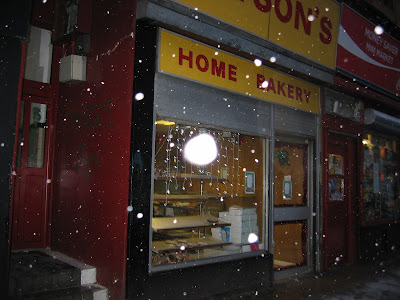 It's late in the day, so not much left in the window of Watson's. 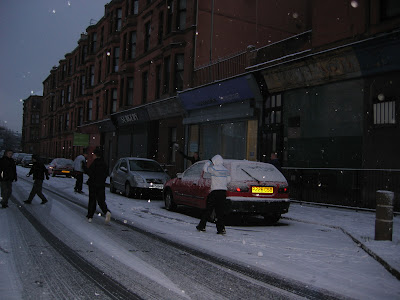 The vicious wee devils of Shaw Street engage in a menacing snowball fight. And I mean fight.


It's gonny be a magical Govan Christmas, Two Thousand and Nine.
AVERRIMERRICHRISTMASGOVANITESWHERRERRYEUR!
Posted by Nihil Sine Labore at 21:47