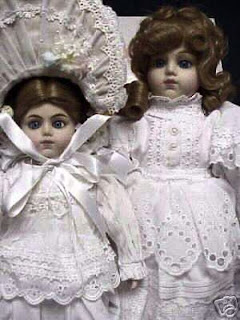 Play must go on, even in the dark, bitterly cold winter days. Thank you to guest blogger, Ronnie, for sharing this entertaining account of how you made your own indoor entertainment as a child in 1940s Govan.
Apart from a place to live, our house was a place to play. The kitchen was our Las Vegas, the wee room our Hampden Park and the lobby doubled as St. Andrews and a darts venue.

A favourite pastime was playing cards round the kitchen table; the games included Newmarket, Rummy and Knockout Whist. When younger, no money was involved but to make it competitive, a box of matches was divided between the players and once you lost your matches, you were oot. Even when we played for matches it was very serious, so you can imagine how intense it got when we got older and the stakes were higher.

The lobby, due to its length, was an ideal place for practising golf and playing darts. A blanket would be hung on the outside door to protect it from over-hit golf balls or mis-placed darts. In golf, a bucket was put in front of the door and you had to chip into it. Fortunately, the ball didn't go too far if you missed the bucket, as it was the only one we had.

If the lobby was our St. Andrews, then the wee room was our Ibrox, Hampden or Wembley - you mention it, we played it. Never has such a small area fulfilled so many fantasies.

The room was only about 10 feet wide by 12 feet long and contained a double bed which also served as a grandstand. Not much space for the important matches held there, but nothing stopped the game. The door served as one goal and the window looking out the back was the other. With such a vulnerable goal, a tennis ball was out and instead a ball was made out of paper and rags held together with rubber bands.

One of the most memorable games held in the Stadium was Scotland v England with Duncan representing Scotland and Danny playing as England. The crowd was myself and my two sisters, Nan and Maureen, seated in the grandstand (bed). The VIP Guests of Honour were my sisters' dolls who were watching from the Royal Box, which also happened to be the mantelpiece. These dolls were their pride and joy as they were the first, after the war, they'd ever had with 'wally heids'. Prior to this their dolls had been made of cloth but these two beauties had cloth bodies and painted china clay heads.

Enough of the preamble and onto the match. Things were pretty close with first England going ahead and then Scotland fighting back. As the game neared full time, the countries were being forgotten and it was getting personal with Duncan claiming a goal and Dannny screaming it had never crossed the line. Even then we could have used tv technology! In the middle of the pushing and shoving, Duncan grabbed one of the dolls and smashed it over Danny's head, leaving him crying. This caused a furore in the grandstand with my sisters wailing at the top of their lungs as they watched the destruction. On hearing the stramash, my mammy appeared in the doorway and cuffed Duncan's ear. Never before had their been such a dramatic ending to a Scotland-England match!
Posted by Nihil Sine Labore at 19:31 1 comment:

Are You Taking Offence?

I turn the corner and our eyes meet and he nods and I smile a big hello there.
He doesn't smile but just starts talking away and walks along with me.

The train's in so we get on and I pick my favourite seat - the short ones at end of the carriage. He starts telling me the story again about the double glazing and then about Gordon Brown and the biography he's reading about him just now.
"Ye know he's a Govan man," he says, nodding his head seriously.
"M-hm," says me.

The subway's dead rattly and loud as usual and I have to strain to hear what he's saying. Anyway, a few more things about drink and him getting barred out of places and me smiling over to him, although I can't make it all out.

We get up the town and I stand up and say it was nice to see him and that. He gets up too and says he'll get off as well. So, we are on the platform and walking along and he starts chuckling about him getting barred out of Oban and so, I just start laughing along with him and then I say, "Och well, you're better off without them," and next thing, he just shrugs his shoulders and looks down at me sideways and kind of jerks his head and says, "Right well, if that's the way ye feel" and shoots off.
Head down and away, up the stairs and out of sight.

I'm left bewildered. What was that about? I didn't say anything, did I?
But he must've thought I did. Dear, dear, dear.
Posted by Nihil Sine Labore at 21:55 No comments:

Picnic On A Frozen River

A snow-topped capstan at the river's edge and the new Museum of Transport, under construction 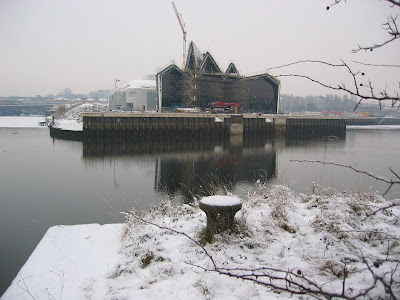 It's even on the news that the River Clyde's icing over. Off we go with the camera to get some pictures. Record low temperatures mean we are freeeeeeeezzzzin cold but it's a change from wet and windy. 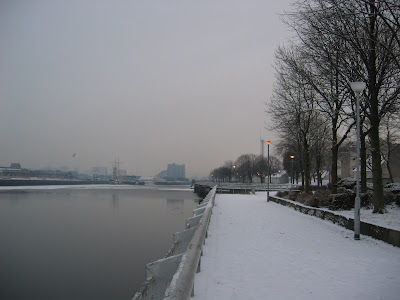 Up to Glasgow toon on a snaw covered path. Below us, even the moving current is slushy with ice. 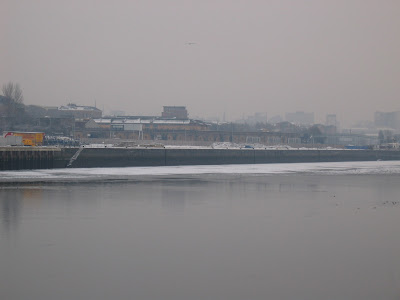 Ice Station Zebra can be spotted just across the river. 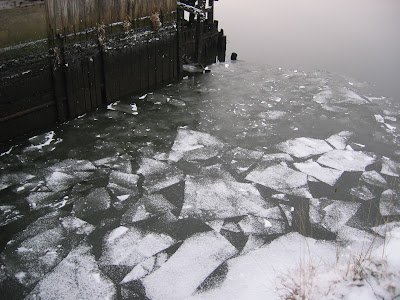 Icebergs such as these could prove the destruction of even a Clyde built ship. 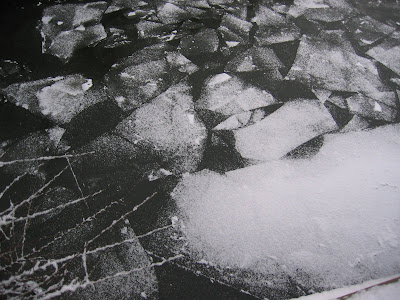 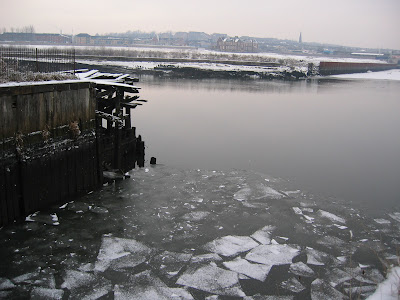 I climb through palings and dice with death to capture these incredible winter scenes at the end of Water Row. Another magical day in Govan. 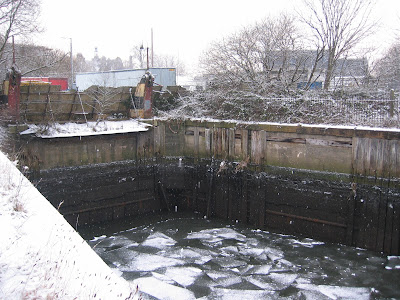 Posted by Nihil Sine Labore at 18:26 No comments: 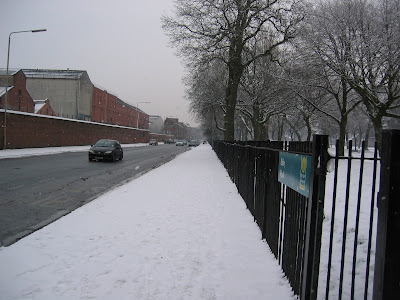 The snow lies round about, thick and and crisp and un-even. It's a nightmare to walk anywhere, but beautiful to look at - especially at Elder Park. Would be nice to have some skating on the pond, but it got emptied, so nae luck. 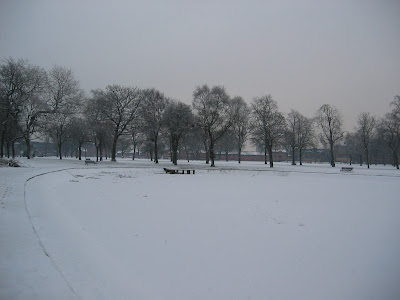 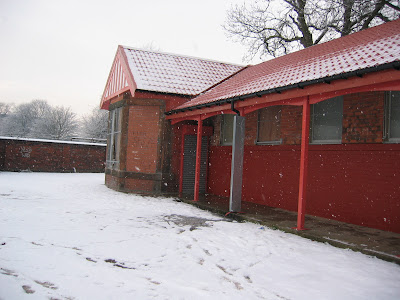 To counteract the over-indulgence of the festive season, may I recommend some of the plainer fare found at Watsons Home Bakery, Shaw Street, Govan.
To wean yourself off of the sweeties, try to do it gently with a couple of Paris buns. 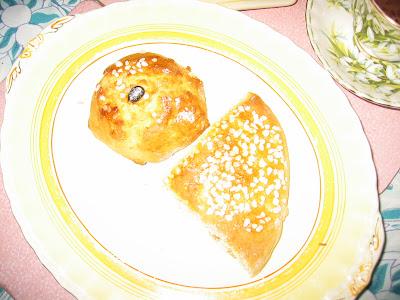 A scone on butter is very filling when taken with a cuppa around half ten and will see you through till lunchtime. 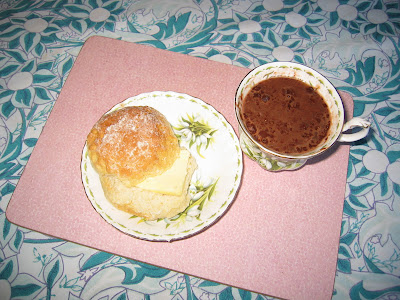 Add a bit of fruit to your scones for that detox regime, 2010. 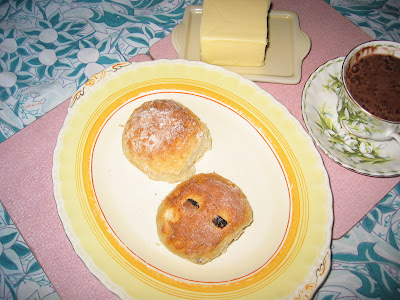 A plain and simple array of freshly baked goods at their best, including, pancakes and crumpets, scones and buns, in fruited and unfruited varieties. Accompanied by a china teacup of anything hot and a slab of butter, this is an excellent antidote to all those rich and exotic Christmas and New Year's fancies. 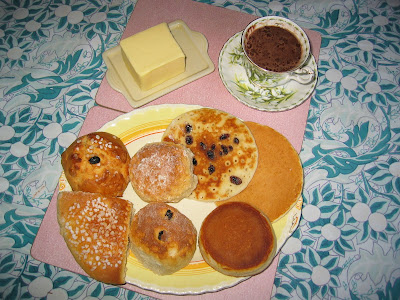