Fires In The Fall 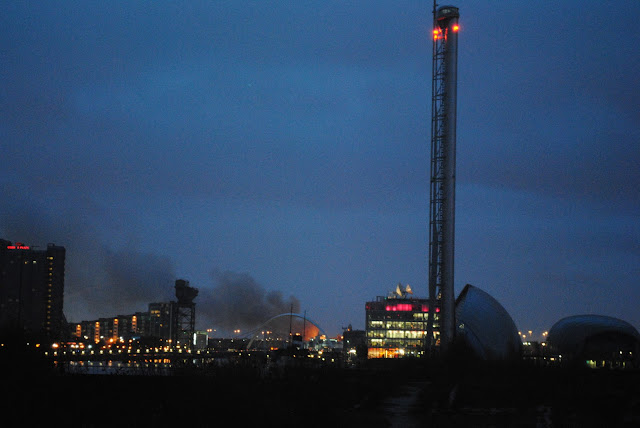 First I hear of the fire is a text from London asking if we've seen it. The Co-op Funeral building in Morrison Street is ablaze.

From the dry docks at Stag Street a vibrant hot orange glow is menacing the Glasgow skyline. Black smoke billows up and drifts over the city, and from time to time there is a vicious burst of flames leaping up in a towering inferno. BBC says over 100 feet in the air. Sad about the building but Glasgow's firemen do a great job containing it. A busy month. 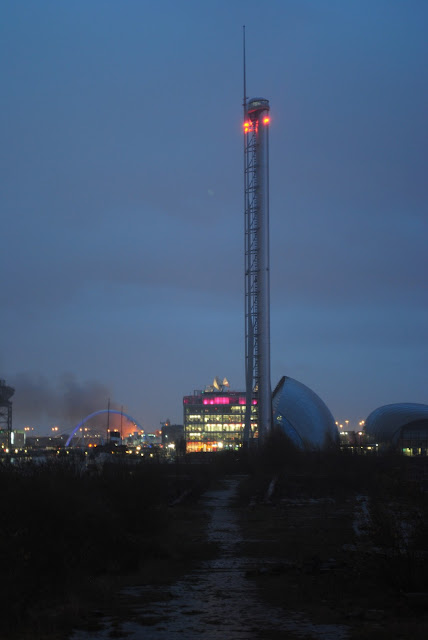 Sing a song of seasons! Something bright in all!
Flowers in the summer. Fires in the fall!
Robert Louis Stevenson
Posted by Nihil Sine Labore at 23:30

What a shame, a lovely old building gone.