Exit, Pursued By A Rocket 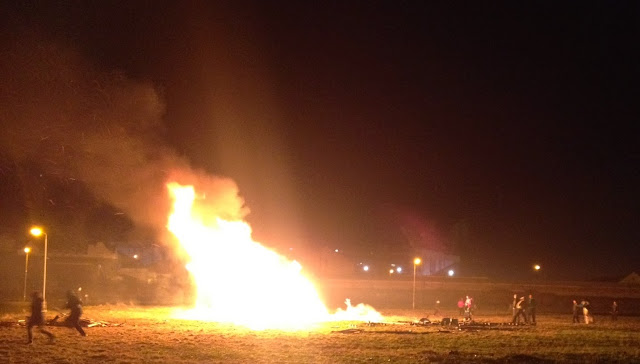 Usual lighting up time is 6 o'clock and so we wander down to join in some bonfire cheer. All is in darkness except for streaks of flame that fail to catch and fizzle out around the pallet tower. We're waiting in the shelter of the tenements of Clynder Street, and it seems as though Guy Fawkes might be safe tonight.
I go in to the wee red shop to buy a packet of Maltesers to stave off the cold. A glamorous Asian lady, in classic western styling and coiffure, serves me. She looks like she's just taken up her post at the till, serving cairry-oots and overpriced pot noodles, after a day as a Solicitor in Glasgow's city centre.
A couple of boys saunter in and purchase a bottle of turps, just a wee one though, and go back out. 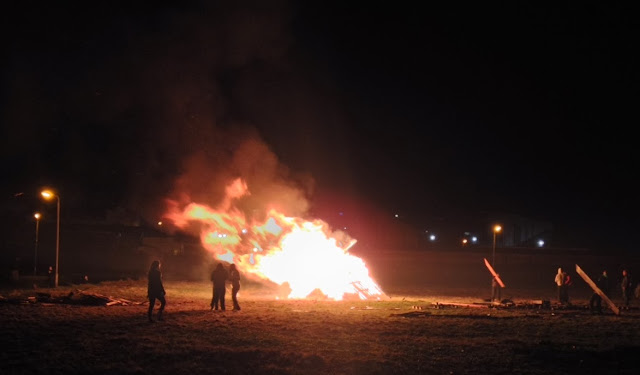 Amazingly, it's done the trick and by the time I come out, there's a flaming mass of fire over the road.
This is the most feral fire I think I've been at. Actually, scaring the living daylights out of us. There aren't any big people at this at all - not even ruffian uncles who are quite good at passing the kids fireworks to light and keeping a semblance of order.
This year, it's a free for all - boys lighting roman candles and then holding them horizontally, throwing them at each other, throwing them at girls who are standing by in a huddle. A golden fountain is chucked from one boy to another to another to another. Rockets are set off along the ground and at one point, we actually have to take to our heels and start running.
The temperature is dropping and the wind is picking up. The air is redolent of burning wood and gunpowder. 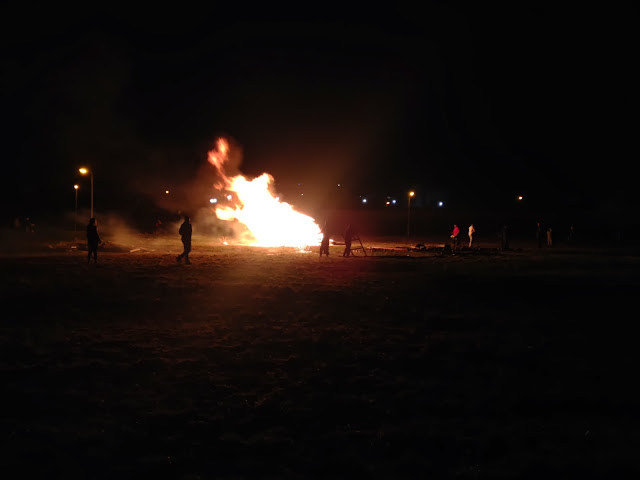 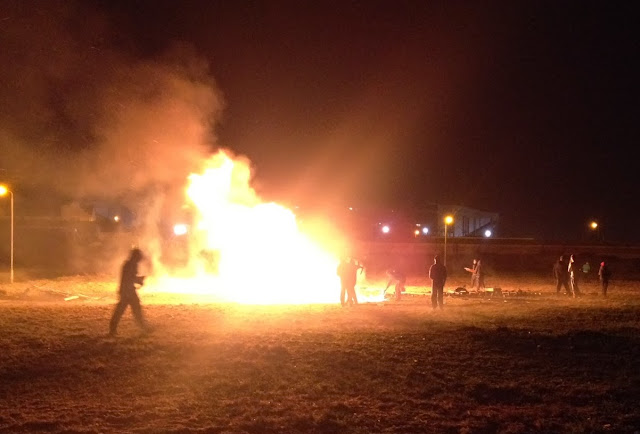 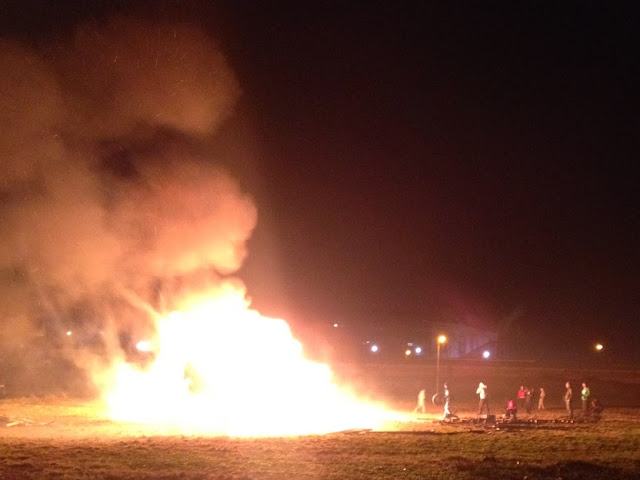 Sounds almost as risky as a war zone!