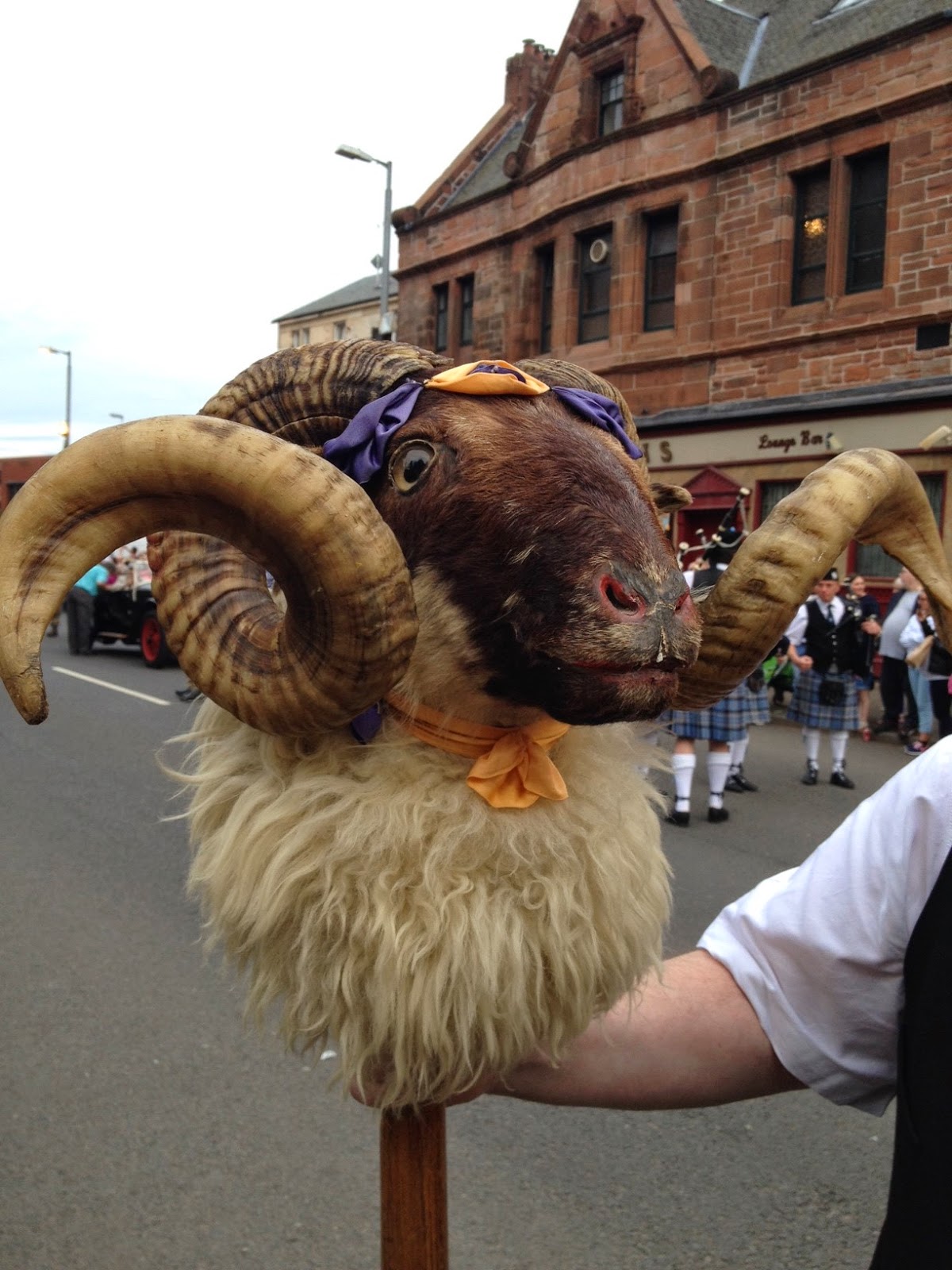 Most exciting night on Govan's calendar and as another year rolls round, we find ourselves down in the hustle and bustle of Govan Cross. When I was wee, I couldn't wait for it to start, but now I'm glad the cavalcade won't be here till 8ish and we have plenty of time to meet up with friends and family.
We swarm into Cafe 13, taking up a few tables, for dinner and chat. The day has been warm and overcast, but as seven o'clock chimes, a whisper of wind billows through Govan's streets, with a sigh and a shiver.
Not to worry, the weather stays fine and dry and we take a stroll to find a good vantage point for the night. On the way, somebody hands us several copies of Govan Memories, collected by some artsy project. Nice book and a few good laughs and pics.
Also, comment must be passed on the Govan Fair programme 2014 which is a work of art in itself; gorgeous graphics and paper, photographs and a really interesting read. Anyway, nose out the book.
At Pearce Street. we hear a bellow from Catherine, newly arrived. "Here yous," in true haw maw style. Fake tanned and glamorous, she flounces over the road in her long layered skirt and sequinned top. She's been in hospital; nearly died, if her son hadn't've come in when he did, she'd be a gonner. Anyway, that's her away to Turkey next week for a fortnight.
Just past the front door of the P.I., Blogger Dan stops a man. "Don't tell me it's AF from Burndyke Street!" Turns out it is, although AF takes a good while longer to discern BD's youth-era features under the guise of the slightly older version he's forced to wear now.
We leave them talking and bump into Wacko Zacko who cannot wait for the shows. "Just headin along there the noo," he calls "no botherin about the floats."
Wee Ali stops for a quick hello - "Ah'm running to see ma nephew. He's ower there wi his baby, they're gonny be leavin for Australia next week."
Wee Alex's here again to see his old ma in Burleigh Street. Saw him for the first time in 30 years a coupla year ago and now see him here every year.
And, another annual sighting - Harry the Hat, whose stall of bubble wands is set out on a sheet on the ground by St. Anthony's. Harry blows the bubbles into the air and calls on the mammies and their weans to come and buy.
No cousin Ned tonight, who's stated outright that he'll certainly not be setting foot on the Govan Road while it's been taken over by west end trendies and the artz grantz mob.

The procession stops for the laying of a wreath at the cenotaph by the queen, marking the centenary of the start of the WW1. And it's during this that we are honoured to have a personal audience with the Sheep's Heid itself! He just moseys over to stare glassy eyed at the Govan Baby, who looks at it and then at us and back at it again with a questioning look of wonderment. 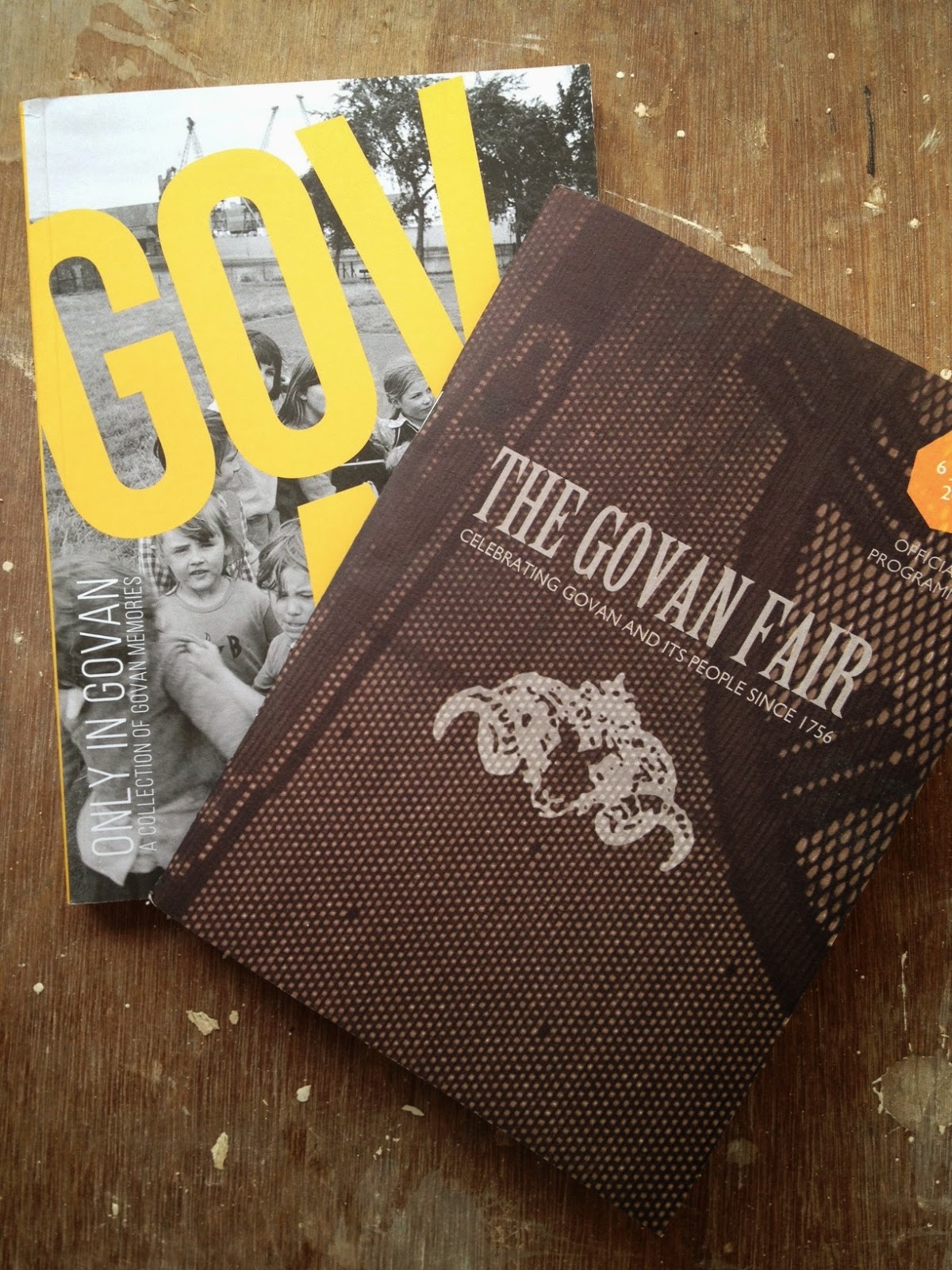 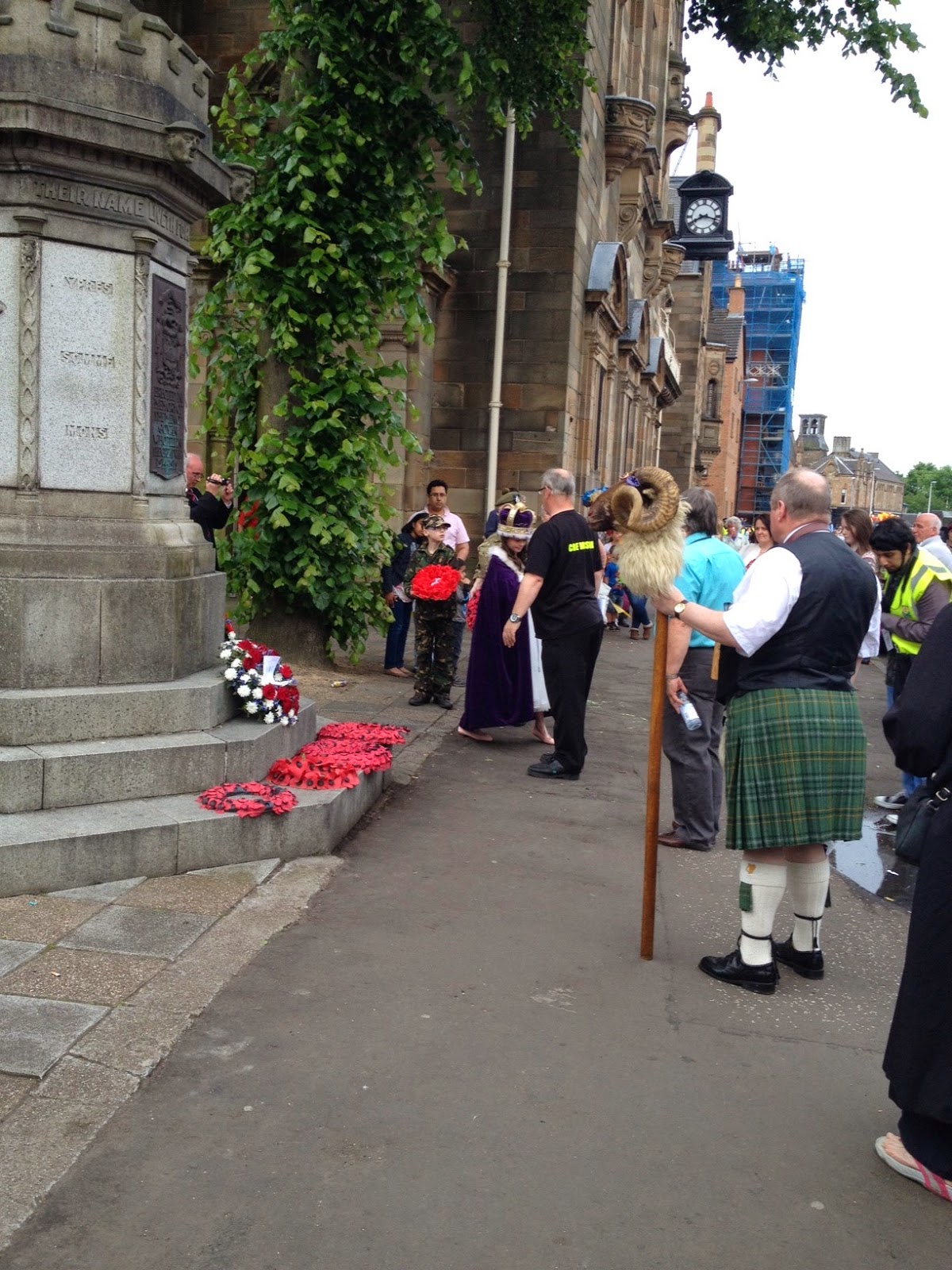 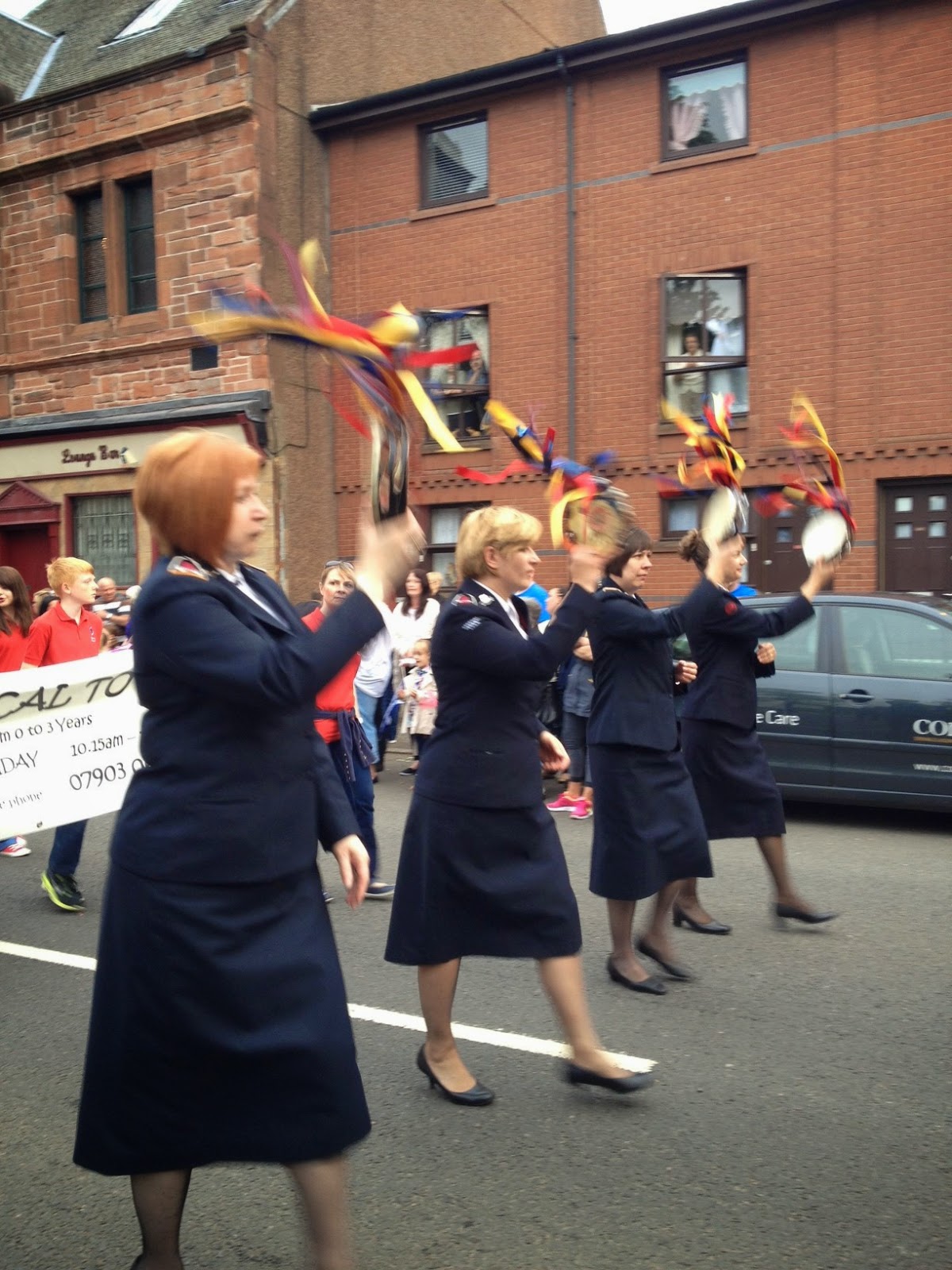 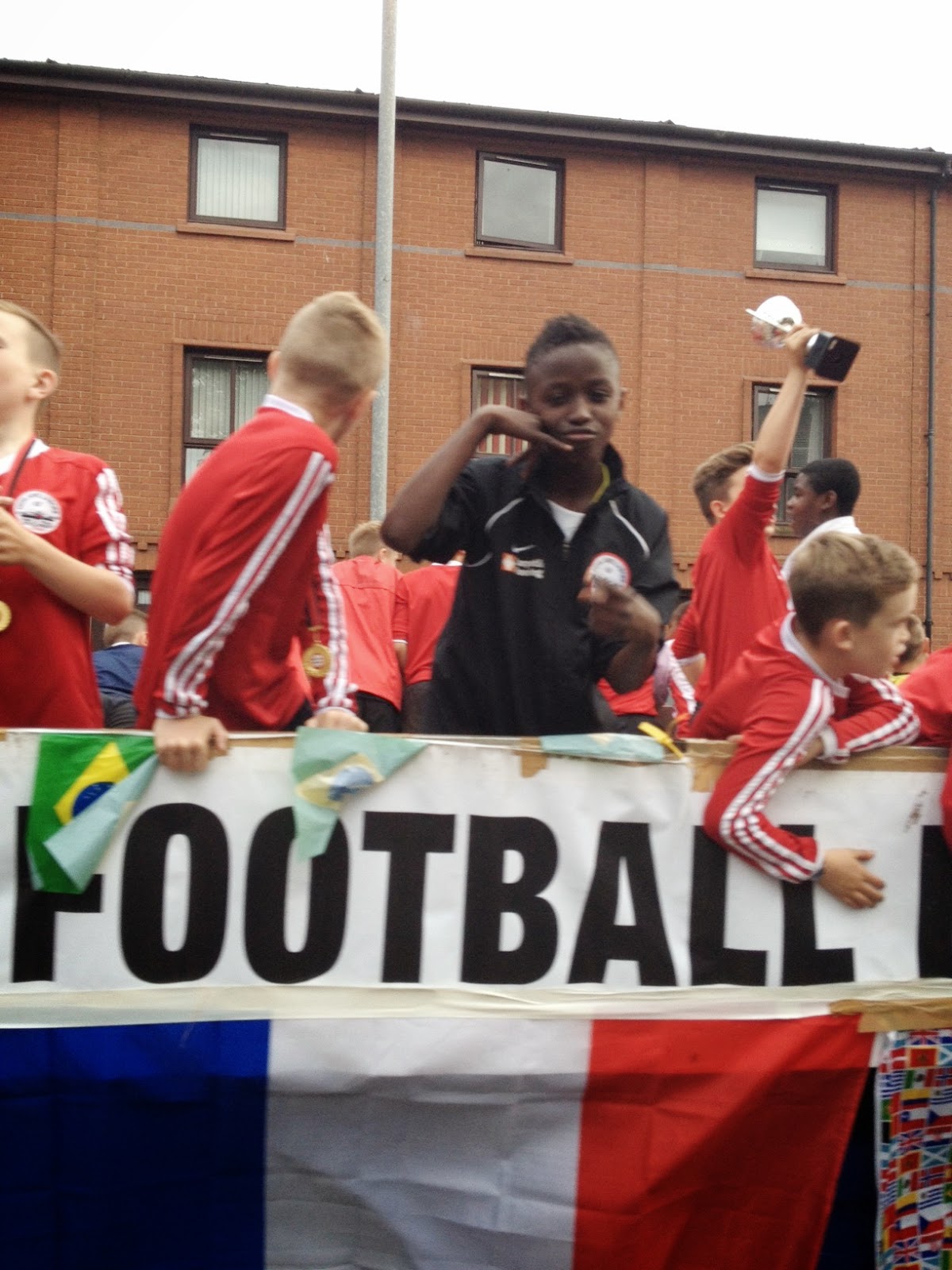