A Parcel Of Rogues

It was the largest School in Govan built by Govan School Board, and comprised two separate buildings. The first, designed by Alexander Watt, opened in 1875. In 1894 a red sandstone extension was built, designed by H&D Barclay. 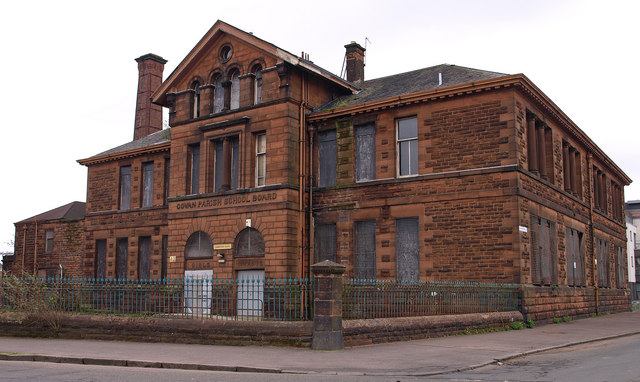 May 2014 saw the burning and demolition of Broomloan Road's Old building and last night saw the burning of the New.
If the measure of Scottish politicians is Matheson's Mafia, then maybe we're better not left to their mercy. In a small nation of 5 million, those nasty, self-serving criminals and free-loaders could have a heyday :/
Something to think about as we enter the polling station.
Posted by Nihil Sine Labore at 09:39