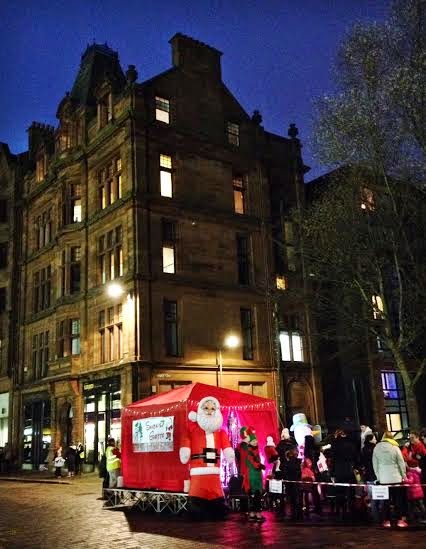 A cold, clear night sets over Govan and the hi-jinks of the "Govan Loves Christmas" team. This year's merriment has expanded ten-fold to include a wintry fair on the site of the doomster carpark with plenty of ideas for that special Christmas gift. Cut price Airbus anyone? 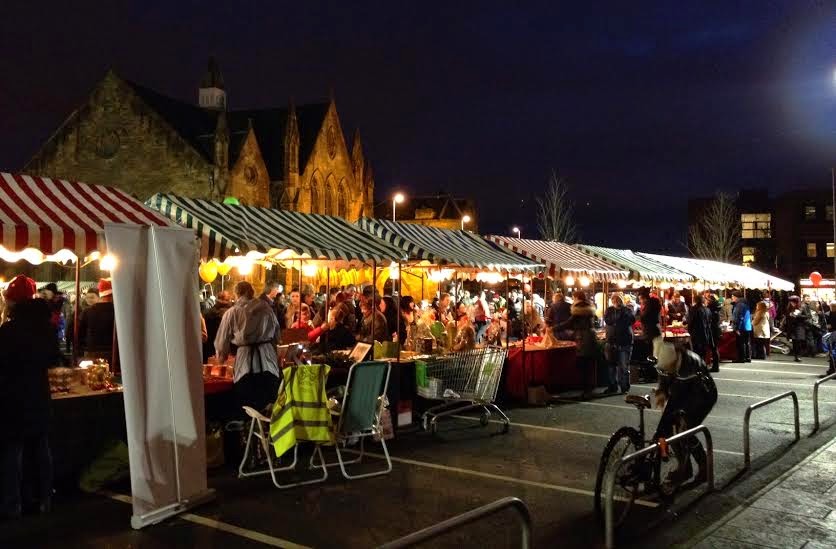 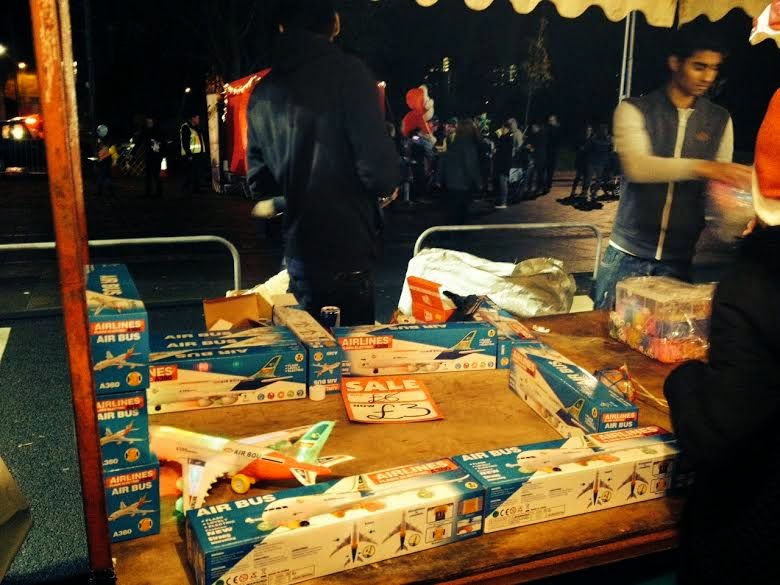 There's a stage featuring primary school carollers, the rat queen from the Govan Cat show, back by popular demand at the church hall this panto season and a compere who works up the crowd in readiness for good ol' Santa Claus and the lighting of the tree. 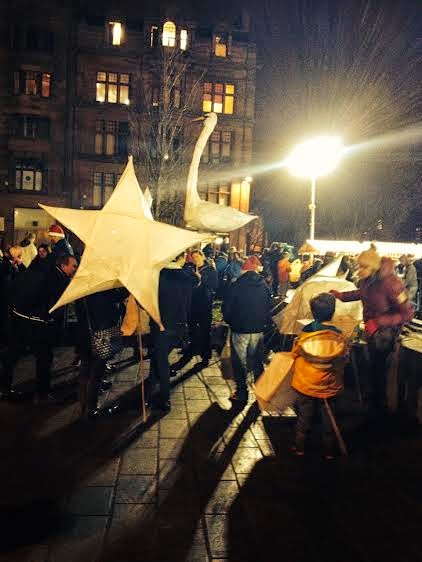 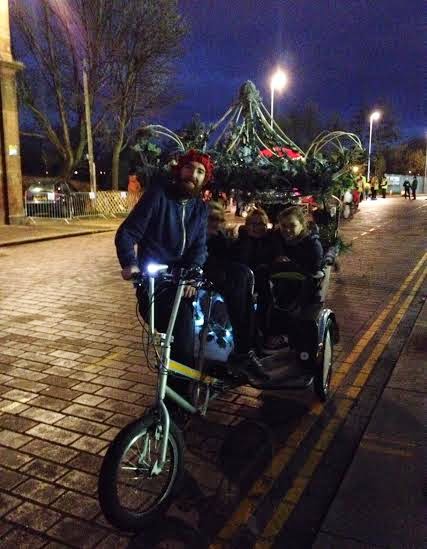 Nat fae Howat Street's turnt a hippy and is snapped on a tricycle built for a few.
The pic's not great, but wish you could see the intense excitement on the faces of the wee boys on the rickshaw. True Christmas wonderment. 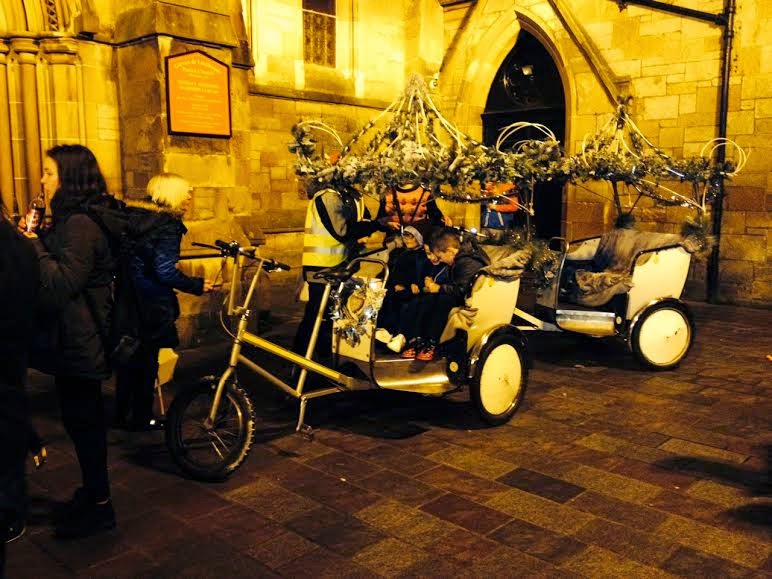 Two warriors show no fear in the sight of the polis as they take one another on with light sabres. But it's a different story when one gets hurt and their maw descends on them with a wallop. 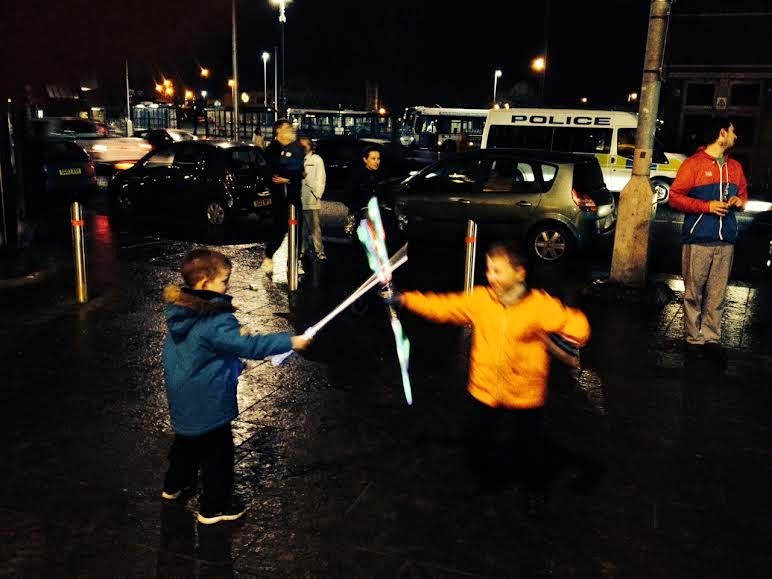