﻿
St Columba Gaelic Free Church, Columba Street, Govan, was demolished in December 2014. It had stood on this hallowed spot since 1877. 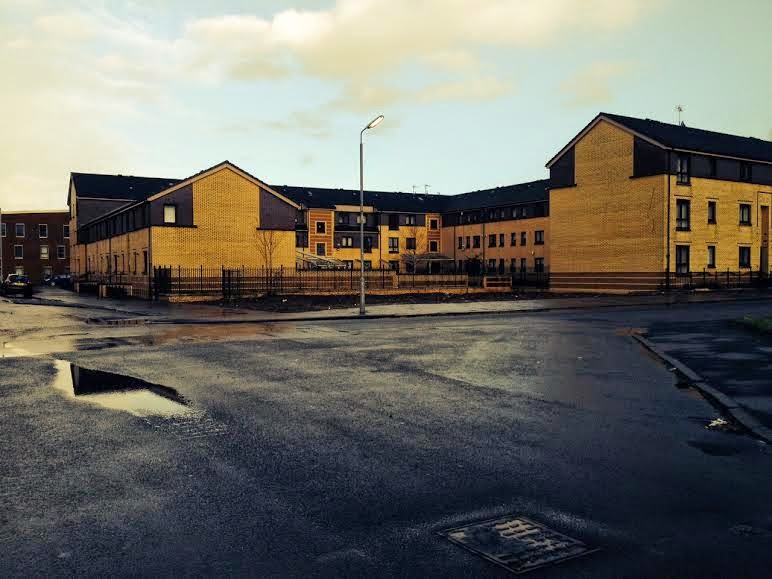 November last, I snapped this pic below, as I wandered past with my toddler kinfolks, hoping that one day they would see the church restored. Should've known better.
﻿ 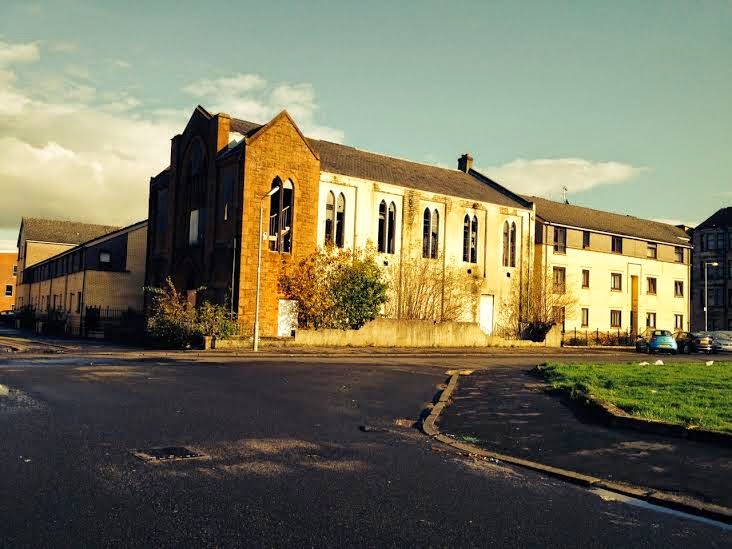 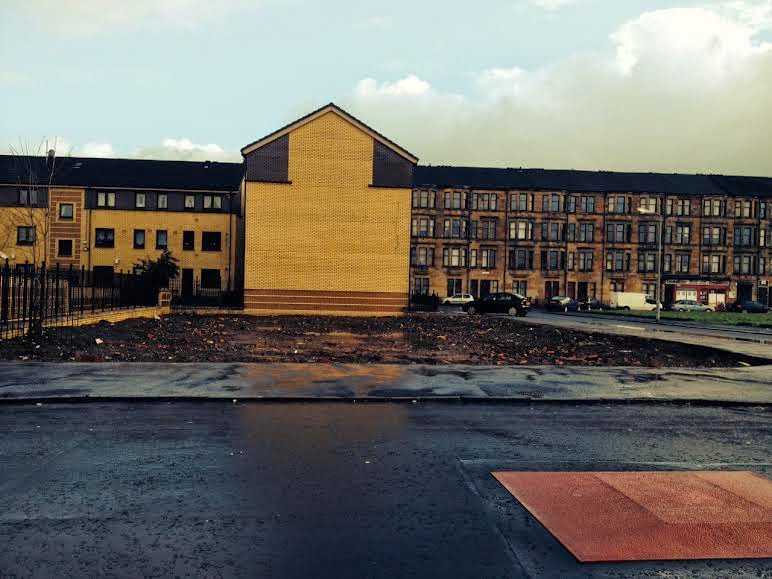 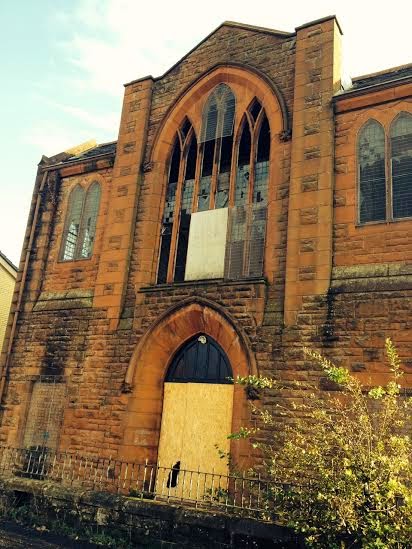 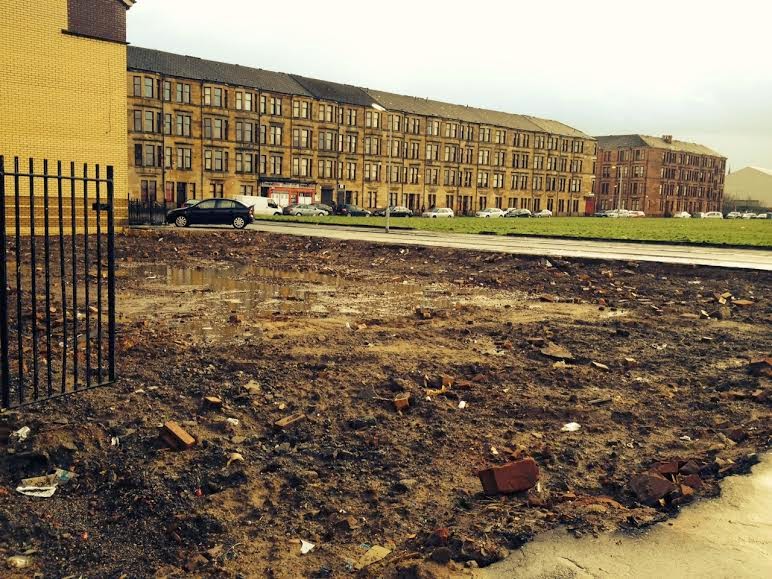 Posted by Nihil Sine Labore at 22:08 No comments:

It's been blowing a howling gale all night, through Govan's streets and over the housetops. Driving rain rattles against the window panes and keeps many awake. By day, the wind drops a little, before picking up as night falls again.

Inside the chemist's, it's warm, brightly lit and dry, with a medicated air. I'm waiting comfortably for a prescription, browsing shelves of cosmetics and perfumes, cut price to just double the price of the same stuff at Govan Azdaz.

The door blows open and in tumbles a man in his thirties. You'd call him glaiket; tall and lanky, with lank hair to match, glasses with lenses that magnify his eyes two fold, dithering about in charge of three minors - a girl of 7 and two boys aged 5 and 3. I say in charge, but actually, they're just drifting alongside him. The boys immediately make for shelves, picking things up and trying to open them. The girl follows him to the counter, crying very hard, bit too hard, sobbing a bit harder when the man says to the pharmacist who happens to be at the counter, "Have ye got a 'lastoplast?"
"One to buy, you mean? Or just an Elastoplast?" she says, casting her eyes over the group.
He responds with little interest, his eyes flickering along the shelves of medicines, "It's fur'er erm, she's hurted it."
"Is it bleeding?" asks the pharmacist in her clipped, ringing tone.
"Ehhh, naw. No bleedin but she jist needs wan t take'er mind aff it."
"Ooooh," says the pharmacist, looking at the little girl, "you mean a magic plaster!"
"Aye. Aye, that's it." says the man, disinterestedly, "magic."
The pharmacist goes backstage and returns with a single wrapped plaster, "Bet you've never seen one like this before honey!"
The girl stands, all surly, head down and glancing up as the man snatches it off of her. Neither shows any delight as the pharmacist calls shrilly, "It's a ba-loooo plaster! Look at that! Ever seen one like that before?"
The man is pulling the girl's anorak sleeve off and tearing open the wrapper, he drops it on the ground, and sticks the plaster on her arm without much care or attention.
The girl is wearing a party dress of blush pink torn chiffon with the hem down, black tights and black trainers. Her eyes are sore and red, her mouth is turned down in a permanent huff. While she's pulling her jacket back on, the man asks the pharmacist for a bottle of cloves.
"Have you got toothache?" asks the pharmacist, with concern.
"Aye,"
"How long have you had it?"
"'boot two, three month."
"Wow," she says, "You need to see a dentist."
She offers him another product. He asks how much and she says "Four pounds."
He asks how much for the cloves.
"Two fifty,"
"Nah, too dear," he says and calling out, "'Mon youse," he tumbles out the door with the children lagging behind him.
Posted by Nihil Sine Labore at 21:55 No comments: