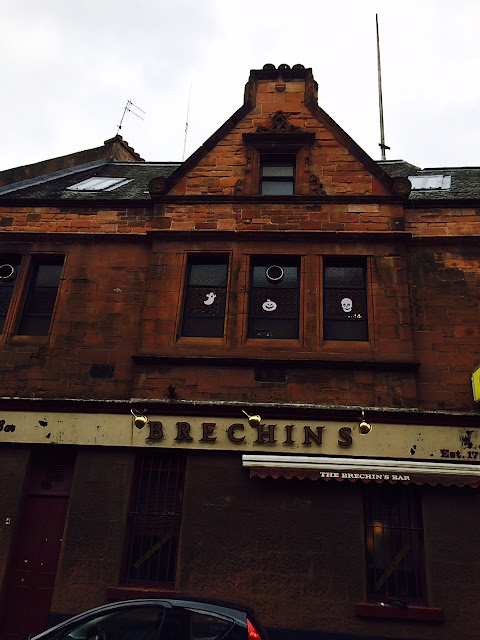 Brechin's is certainly a place to get into Hallowe'en spirits, and judging by the ghastly grins at the upstairs windows, some folks are well on the way 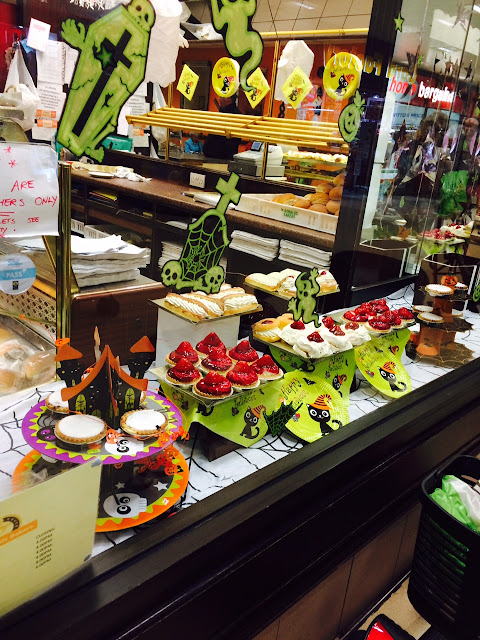 At first glance, the Wee Scone Shop, inside Govan Cross's shopping centre, seems to be full of spine chilling Hallowe'en fare. But, look closer . . .the window display may have spooky cardboard decoration, but the actual cakes are just, well, run of the mill cakes. Hmm. 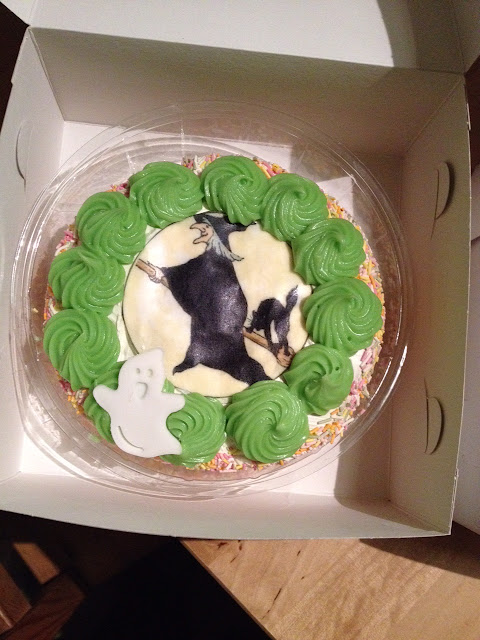 Best decorated cakes and of course, best tasting, are to be found at Watson's Bakery, Shaw Street. Thanks again. Award Winners for Hallowe'en 2015.

Posted by Nihil Sine Labore at 15:43 No comments: 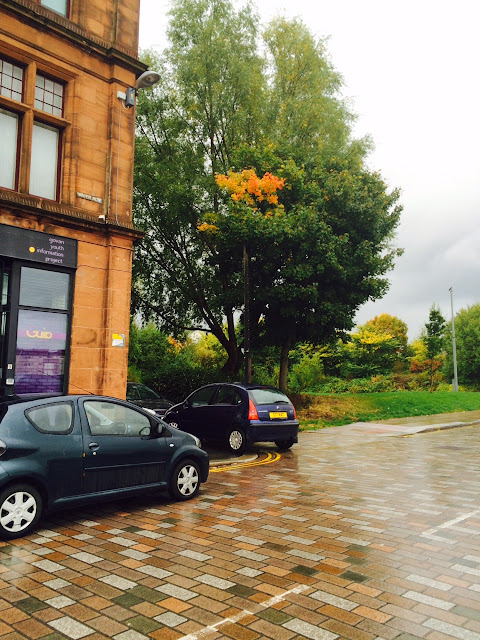 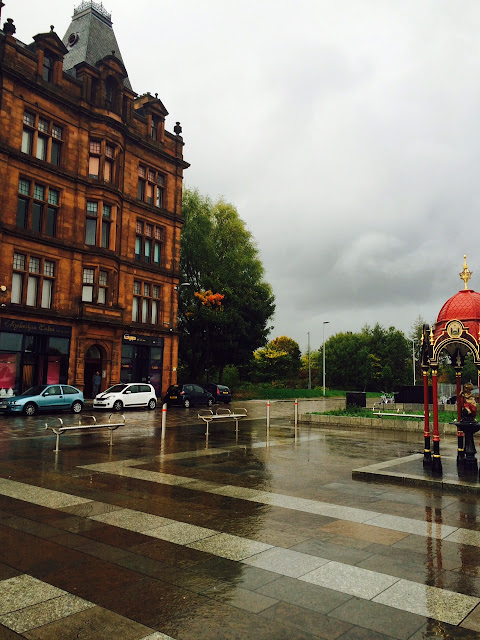 It's a fine morning for a stroll around the Elderpark pond. Once inside the gates, the toddler breaks free and is off, running to who knows where. His big sister chases him along the tarmac paths, branching off through the grassy parks. I follow along with his wee sister, cosy in her pram.


Plenty of people are out taking the chill Autumn air and enjoying the hazy sunshine. Two footballers are having a kickabout. An Asian couple, in national dress, walk leisurely below the trees. A runner, a cyclist, a guy that looks like he's slept in clothes, or maybe been up all night.
Before long, the toddler and sister veer off the path for a kick at the crisp, fallen leaves. A dug tries to join them which sets the toddler off into shrieks of terror.
I pick him up to rescue him and that sends him into even louder screams. Doesn't want up, doesn't want down. "You push the pram," I instruct big sister who's just turned 5. She makes a good go of it while I wrestle the writhing, screaming tiny tot. A bearded gent walks briskly past, and says with a wry smile, "Living up to his reputation," referring to the tossing bright red curly locks.
I manage to struggle to the swings and next moment, he forces his way out of my arms and runs madly to the chute.
I take over pram duties and sink down onto a bench with another ma and granny. Phew.

Posted by Nihil Sine Labore at 16:21 No comments: